A while back, I was sent an email by the brilliant Charlie from Stripes, asking me if I would be interested in taking part in the blog tour for #ChangeBook and I happily accepted.

Today is that day.
Today I bring you Catherine Johnson’s brilliant blog post on her story ‘Astounding Talent! Unequalled Performances!‘ which I have read and will happily tell you it is beautiful.

I am so thrilled that my story Astounding Talent! Unequalled Performances! has been included in the anthology. It’s been a real privilege to be a small part of the energy that’s gone into the book.

So why am I writing historical fiction? And why William Darby?

Well the reason I began was because it’s important to me, as a British mixed race woman, to say there have been people like me in our country for ever – not simply since the Windrush in the late nineteen forties but stretching back to at least the Roman conquest.

When I grew up British history was always totally white. Just like a Quality Tin lid or Downton Abbey. I hope some of my stories might go a little way to changing that.

And there are so many brilliant true stories that are more incredible than anything I could make up. Very often my stories are based on real people or include real people (Mary Wilcox in Lady Caraboo, Thomas Dumas in Blade and Bone) I get a bit carried away and want everyone else to know about them too, and that’s how I felt when I discovered William Darby, the main character in my Change story.

William Darby was born in 1811 in the Norwich workhouse, he became a successful – and the first non-white – circus impresario of the mid Victorian era.

The Illustrated London News said of one of his shows;

Mr. Pablo Fanque is an artiste of colour, we have not only never seen such riding surpassed, but never equalled. Mr Pablo Fanque was the hit of the evening.

He first performed as Young Darby, and it was not until he led his own troupe that he took the name Pablo Fanque.  My story is completely made up but I did wonder how he chose his stage name… 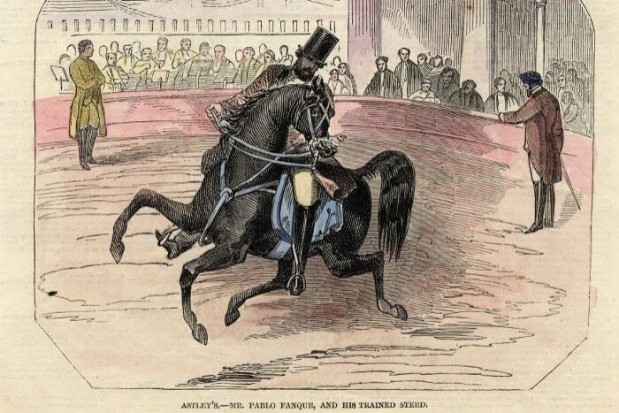 Thank you Charlie and Stripes for sending me a copy of #ChangeBook – a review will be up next week! I can’t wait for EVERYONE to read this book. Please, go out, buy it, get it from the library. Everyone needs to read it.

Check out the rest of the stops on the blog tour! I can promise you it’ll be brilliant!

One thought on “#ChangeBook blog tour”