Today I’m taking part in the Back to School Blog Blitz with Bonnier Zaffre to share an extract of one of their books! It’s an MG book billed as “one of the most uplifting, warm and funny novels they’ve published this year: Charlie And Me by Mark Lowery.”

I hope you enjoy the extract! Let me know your thoughts in the comments!

My little brother Charlie’s sitting cross-legged on the floor of the corner shop, humming with his eyes closed. He does this kind of thing a lot.

‘Hurry up,’ I say, giving him a friendly shove with my raggedy old Reebok. ‘We’ve got a train to catch.’

Charlie wipes his nose on his sleeve. ‘Gizza minute, Marty,’ he replies. ‘I’m just charging up the laser in my belly button.’

He says this kind of thing a lot too.

My brother Charlie doesn’t have a laser in his belly button. I know this for a fact. Not that I’ve ever studied it. But if you share a small bedroom with your brother for ten years then you end up pretty well acquainted with his whole body whether you like it or not.

At poetry club in school, Mr Hendrix sometimes plays a game to warm up. You’ve got to talk about a topic for thirty seconds without stopping or repeating yourself. Here’s what I’d say about Charlie:

‘Lazy eye, massive head, snores like a hippo, often ill, weird taste in food, terrible memory, always out of breath cos of his asthma, weedy, cheeky, can’t do anything for himself or concentrate for more than two seconds, brain’s inside out, no understanding of danger. My absolute best mate in the whole entire world.’

I’d have to stop there. You could talk about Charlie for a Charlillion seconds if you wanted to, and you’d never run out of things to say. 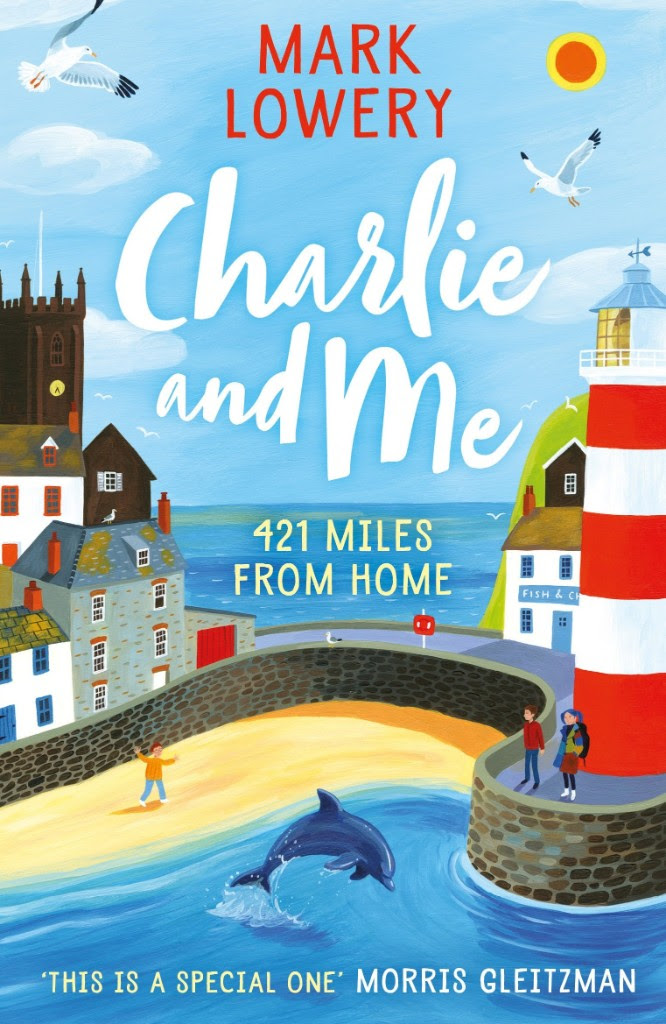 “Thirteen-year-old Martin and his younger brother Charlie are on a very special journey. They’re going to be travelling 421 miles all the way from Preston to the very tip of Cornwall. By train, bus and taxi, they are determined to get there in the end; and they’re hoping to catch a glimpse of the dolphin that regularly visits the harbour there. But is that the only reason they are going?

It’s a journey that’s full of challenges and surprises. Martin adores his brother Charlie but he’s not like ordinary kids. He’s one in a million. He was born far too early, and ought to have died. And cheeky, irrepressible, utterly unique Charlie is always keeping Martin on his toes – especially on this crazy trip they are now on. Martin is doing his best to be a good big brother, but it’s hard when there’s something so huge coming once they get to Cornwall…”