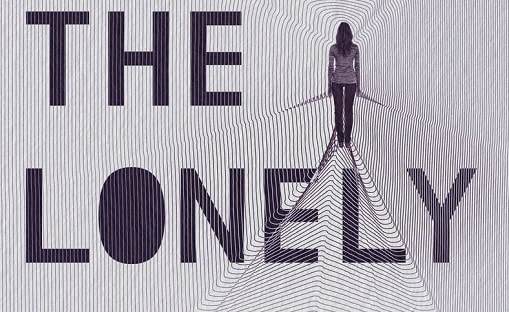 Today I have an absolute treat for you – a Q&A with one of my favourite twitter author people, David Owen. His new book All The Lonely People is coming out next year and I managed to corner him (figuratively, obviously) to ask him a few questions about his new book! I have a sampler ready to read and I’m looking forward to it immensely. Check out the end of this post for more details about the book!

Kat has always struggled to make friends and feel accepted, and she believes the only place she can really be herself is online. She’s a big geek, loves developing her own video games, bingeing TV shows, and so on. So she’s got really involved in the online communities that inevitably spring up around things like that. She has made what she considers friends, people like her, who like her, and she values that so much.

In many ways, Wesley is very similar. He also struggles to make friends and doesn’t feel like he belongs anywhere. To try and assuage his detachment and loneliness he too has turned to the internet, but has ended up falling in with a less desirable crowd – the kind of that takes advantage of disillusioned young men to serve their own agenda. This ultimately means Kat becomes a target for him, which brings their lives together.

If you had to describe this book in 5 words, what would they be?
All. The. Lonely. People. Book?
I. Really. Hope. It’s Good?

No, um, I don’t know! Maybe ‘Kindness and Empathy Defeat Hatred‘? It is far too full of pretentious nonsense for me to describe succinctly!

‘All The Lonely People’ is an interesting title for the book, where did it come from? Was it alway titled that?
The title is shamelessly nicked from the chorus of the Beatles song ‘Eleanor Rigby’. It’s a great song, and one that I have always found particularly melancholy, evocative of loneliness. Lines like ‘Eleanor Rigy died in a church/And was buried along with her name/Nobody came.’ It’s just really sad, and fit the book really well.

For a long time the book was called ‘The Lonely People (Are Getting Lonelier)’, which is also nicked from a song of the same name by an ambient band called Stars of the Lid. But that wasn’t quite as snappy!

If Wesley and Kat had to have fictional best friends from other books, who would they be?
It says a lot about the characters that I can think of loads for Kat and none for Wesley! I think Kat would get on really well with anybody who is fairly unabashed about being their nerdy selves. So maybe Frances and Aled from Alice Oseman’s ‘Radio Silence’, Cath from Rainbow Rowell’s ‘Fangirl’, or Claire from Non Pratt’s ‘Truth or Dare’. I think she’d get on with a lot of people!

Wesley is a lot more difficult. In many ways, he is thoroughly unlikeable, and tremendously adept at falling in with the wrong crowd. As he is at the beginning of the book, he’s more likely to be friends with any of the dickhead male bully characters you see in YA – I can’t think of any specific people! By the end of the book, he might have a better chance of making real friends…

What emotions is this going to make the reader feel?
I hope a lot of different ones! I feel like this is my most emotionally honest book in many ways – I have a natural cynicism about me which in the past I think has made it difficult to be completely honest and open with emotional stuff for fear of it being a bit cheesy. I really tried to put that aside with this book. So I hope people will feel sad, excited, and angry at that various points of the book. I also hope they’ll find it funny and a bit weird. More than anything, I really hope it resonates with people who are prone to feeling loneliness – which I think is more people than will ever admit it.

What inspired you to write a book that focuses so heavily on a person‘s online presence?
Partly because it’s just such a huge part of our lives now, particularly for young people. Almost every day there are fascinating/uplifting/unusual/horrifying stories about how the internet has affected people’s lives. A lot of people – usually slightly older people who didn’t grow up with the internet – still think of it as separate to the ‘real world’. But it is now a fundamental part of everyday life. Whether that’s young people competing for Instagram likes with their classmates, or the right-wing propaganda movements that have influenced elections. That influence needs to feature more prominently in YA stories, and needs to be examined.

So this books aims to look at the positives and negatives of young people being so involved online. How it can prevent young people from being lonely by connecting them with like-minded friends, but also make them feel more lonely because it seems like everybody in your social media feeds is leading a better life than you are. How you can find a place to belong, but also how that vulnerability can be used against you. This wasn’t something I had really seen in YA before.

If you had the chance to escape, quit, disappear, could you do it?
Probably not for very long! I spend an inordinate amount of my time on Twitter, Instagram, and Reddit. In many ways it’s made a hugely positive impact on my life – I’ve made some really close friends ‘in real life’ through Twitter, and becoming a part of the book/UKYA community has been brilliant, because it’s full of brilliant people. But I also end up feeling like people on there are doing so much better than me – going out more and doing amazing things, having more successful careers, and so on. Refreshing Twitter has become a bit of compulsion when I’m watching TV or something fairly inactive. But I would definitely miss it if it were to disappear. Last year I went to Australia and was in the Outback for five days with no signal or internet. It was kind of glorious not feeling like I had to show off what I was doing, keep up with everybody, and also being away from the constant newsfeed of dread and despair. But when I got back it was lovely to check in with everybody. At the moment I think the positives outweigh the negatives for me. 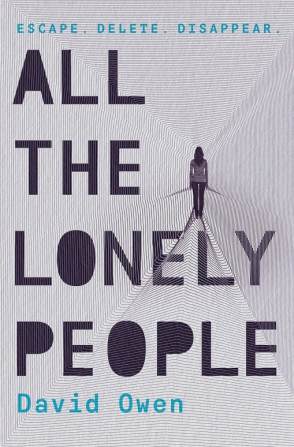 “Everyone tells Kat that her online personality – confident, funny, opinionated – isn’t her true self. Kat knows otherwise. The internet is her only way to cope with a bad day, chat with friends who get all her references, make someone laugh. But when she becomes the target of an alt-right trolling campaign, she feels she has no option but to Escape, Delete, Disappear.
With her social media shut down, her website erased, her entire online identity void, Kat feels she has cut away her very core: without her virtual self, who is she?
She brought it on herself. Or so Wesley keeps telling himself as he dismantles Kat’s world. It’s different, seeing one of his victims in real life and not inside a computer screen – but he’s in too far to back out now.
As soon as Kat disappears from the online world, her physical body begins to fade and while everybody else forgets that she exists, Wesley realises he is the only one left who remembers her. Overcome by remorse for what he has done, Wesley resolves to stop her disappearing completely. It might just be the only way to save himself.
All the Lonely People is a timely story about online culture – both good and bad – that explores the experience of loneliness in a connected world, and the power of kindness and empathy over hatred.”

A massive thanks to David for taking time to answer my questions! Please go preorder this book! I’m very excited for it!

Let me know in the comments if you have any questions you have for David or tweet him @davidowenauthor and I’m sure he’ll be happy to answer them!