It is I again, your ThursTAG friend and I am here with a new tag.

I love finding new tags to take part in, so if you have one that you’d like me to do, tag me in it or send me the questions because I am ALWAYS up for a tag!

Today, I’m taking on the ‘Do I Have That?’ tag. I think this originated on booktube, but I’m not sure who or where from. If it’s you or you know who, please holler so I can give them credit! I’m excited for this one as it’s one that I’ve never come across before but I had just saved all of the questions in a draft!

Do You Have a Book With Deckled Edges?

That’s the funny edges that are all different length isn’t it? Because no. I’m not a fan of those!

Do You Have a Book With 3 or More People on the Cover? 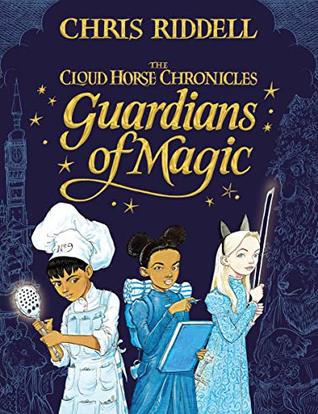 Do You Have a Book Based on Another Fictional Story?

Foul is Fair by Hannah Capin is based on Macbeth and my god guys. You need to read this book. It is just amazing!

Do You Have a Book With a Title 10 Letters Long?

Do You Have a Book With a Title That Starts and Ends With the Same Letter?

Do You Have a Mass Market Paperback Book?

What does this mean EXACTLY? Because probably!

Do You Have a Book Written by an Author Using a Pen Name?

I don’t know to be honest? Probably.

Do You Have a Book With a Character’s Name in the Title?

The Truth Pixie books by Matt Haig. She’s called the Truth Pixie and she’s lovely. I really think these books are great and I hope there is going to be more!

Do You Have a Book With Two Maps in it?

Ooooooh. I would imagine I do. I am a big fan of a map! I can’t think of a book which has 2 maps in the front right now though…

Do You Have a Book That Was Turned into a TV Show?

Shadow and Bone by Leigh Bardugo. It’s currently being made into a TV show by Netflix (I believe!). I’ve not read this trilogy yet, but I have read (and devoured) Six of Crows and Crooked Kingdom!

Do You Have a Book Written by Someone Who is Originally Famous for Something Else (celebrity/athlete/TV personality)?

Many, many books. I have loads of autobiographies. The most recent one I’ve read that’s by someone who is known for something other than author-ing though is Over The Top by Jonathan van Ness (of Queer Eye fame!)

Do You Have a Book With a Clock on the Cover?

Otto Tattercoat and the Forest of Lost Things by Matilda Woods came to the rescue here! I didn’t think I did, but this has a lovely golden clock on!

Do You Have a Poetry Book?

My initial reaction to this question was NOPE, but after having a little peruse of my shelves, I actually own a few more than I thought I did! The Lost Words by Robert Macfarlane and Jackie Morris is one of my more beautiful ones though!

Do You Have a Book With an Award Stamp on it?

Again, more than likely! I can’t think of one off the top of my head…

Do You Have a Book Written by an Author With the Same Initials as You?

Ooooh. I don’t think so! The closest I can think of is Scars Like Wings by Erin Stewart (my initials, but the other way around!)

Do You Have a Book of Short Stories?

I do! I have a few anthologies. My most recent acquisition is 19 Love Songs by David Levithan (who I adore a lot). This book is lush. It’s full of short stories all about the different kinds of love in the world!

I have not read it yet, but according to the internet King of Scars by Leigh Bardugo satisfies this, so I shall believe it!

Do You Have a Book That Was Turned into a Movie?

This is another one that I thought I didn’t own any, but it turns out I own 2 or 3! The first one that springs to mind is Five Feet Apart by Rachael Lippincott. I haven’t seen the movie, but I’ve read the book and I really enjoyed it!

Do You Have a Graphic Novel?

I DO. I had originally typed I don’t but then I remembered Heartstopper by Alice Oseman. I love these books so much.

Do You Have a Book Written by Two or More Authors?

I’ve got a book written by 7! Seven of the best in UKYA. Floored by SOME OF MY FAVES is brilliant and if you’ve not read it yet, why are you not reading it right now? I would recommend it whole heartedly!

And there we go!

That was a whole load of fun. Some questions I REALLY had to think about and some which even made me go have a look through my bookshelves because I wasn’t sure!

3 thoughts on “ThursTAG: Do I Have That?”