There May Be A Castle: adventure filled, emotional and eerie. 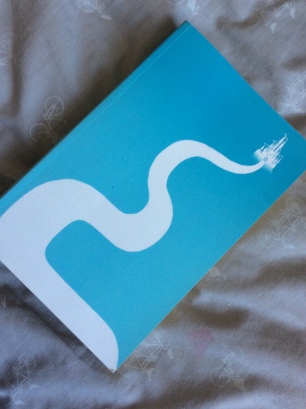 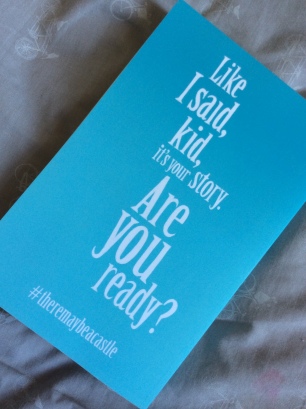 “Eleven-year-old Mouse is travelling to see his grandparents on Christmas Eve with his mother and two sisters. But it’s snowing, and visibility is bad, and the car goes off the road, and crashes. Mouse is thrown from the car.
When he wakes, he’s not in his world any more. He meets a sheep named Bar, who can only say Baaa, and a sarcastic horse named Nonky, who is a surprising mix of his beloved toy horse and his older sister.
So begins a quest to find a castle in a world of wonder – a world of monsters, minstrels, dangerous knights and mysterious wizards; a world of terrifying danger but also more excitement than Mouse has ever known.
But why are they looking for a castle? As the cold grows, we realise it might just have something to do with the family he’s left behind; and that Mouse’s quest is more important than ever.
This is a novel about love and death. It’s about the power of stories to change the way we view the world – and it’s about the power of a child to change their own world. Emotionally arresting but ultimately uplifting, this is a remarkable novel for our times.”

It’s the heartbreaking story about Mouse and his family. They’re on their way to visit their grandparents for Christmas. Mouse hates Christmas. He’s not in the mood to go to his grandparents. He doesn’t want his presents. He just wants to stay at home and play with his things at home. Despite all this he gets in the car with his mum and his 2 sisters, and his pet horse Nonky and they drive to their grandparents house. The weather is so bad that they crash. What follows is an incredible journey of Mouse’s to help his family and his sister’s to try to help Mouse.

Initially Mouse irritated me, but I definitely grew to like him. He was bold but naive. He showed great determination. He has an incredible imagination. He’s resilient and strong. Nonky was a brilliant addition to the story for me. I LOVED the sarcastic, almost sardonic humour which he brings to the story. He made me laugh out loud at points. Mouse’s older sister Violet is portrayed as a brilliant big sister and caring youngster that I think lots of books are missing. She’s brave and very self-motivated. She shows fear but fights through it. Her brilliant imagination, like her brother’s, helps her to fight through some pretty horrible things.

This book deals with some pretty heavy topics: death, love, friendship, love, family, fear and understanding. Piers Torday has written it with some tact and brilliance that I felt challenged but looked after throughout the book. The issues are dealt with care and they’re so brilliantly written that kids won’t be intimidated or frightened by them. I cried at the end. The ending is heart-breaking, but honest.

I would totally recommend this for Year 6/7 classes. I’d love to see it in class libraries or school libraries. I really loved it.

Have you read There May Be A Castle?
How did you feel at the end?
What did you think of the characters?