A while back I was emailed by Melinda Salisbury’s publicist and asked if I would like to be involved in the blog tour for her final book in ‘The Sin Eater’s Daughter’ trilogy and naturally I JUMPED at the chance! I was asked to put together a mood board of 6 images that encapsulate a certain character and then compare mine to Mel’s! I was given Aurek (for those of you who haven’t read The Sin Eater’s Daughter trilogy then you absolutely should, it is incredible!) and I was so excited to get into it! 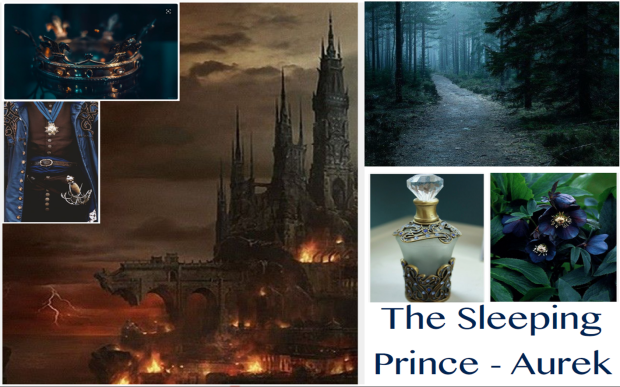 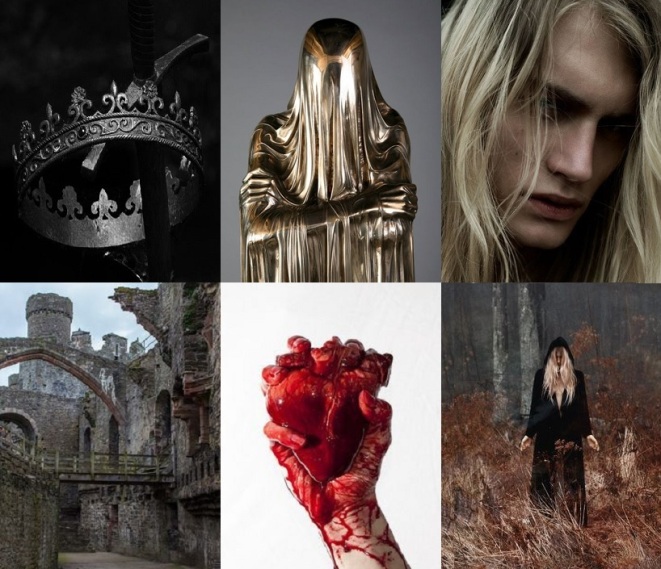 My comparison: “I think with Aurek it is important to realise he is a very dark, mysterious and troublesome character and both mood boards show that. All the pictures are dark, gloomy and, in Mel’s board certainly, very gory. I love that Mel has chosen pictures that completely and utterly describe Aurek VISUALLY and as a reader they make total sense – of course he’s handsome. His crown, which is similar on both boards, probably goes EVERYWHERE he goes. I love the harsh contrast of Mel’s golden picture vs the harsh reality of the heart pulled out and the dark, cold looking forest”

Mel’s comparison: “Steph has done a fantastic job picking images to tell Aurek’s story – I’m especially please she chose a castle, because I did too, and it’s such an important part of Aurek’s story to realise what it means to him to have a place to rule from. The other elements are wonderful too, the spooky wood, the crown, and the ornate bottle especially.”

I had such a ball doing this mood board of Aurek and his story and it was an absolute pleasure to work on a book which has meant the absolute world to me over the past few years! I am so sad to see TSED go, but I am sure it will remain one which I reread on a regular basis. If you haven’t read it then please do. It is an incredibly wicked, devilish and soul crushing trilogy but Mel’s writing is exceptional. Go on people… read it! 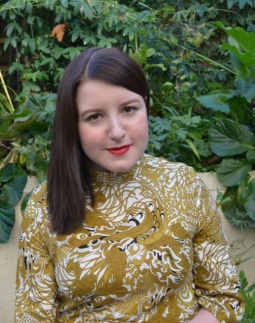 When not working on her next novel Melinda Salisbury is busy reading and travelling, both of which are now more addictions than hobbies.  She lives by the sea, somewhere in the south of England.

The Scarecrow Queen is the highly anticipated and captivating finale in the internationally bestselling trilogy that began with The Sin Eater’s Daughter. Published by Scholastic 2 March 2017. 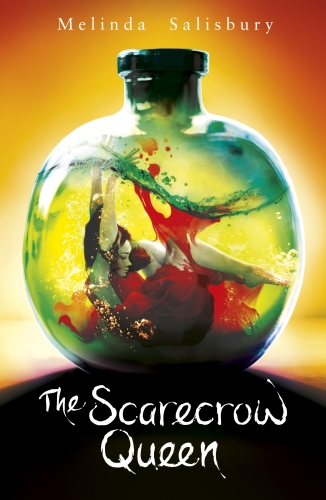 The final battle is coming… As the Sleeping Prince tightens his hold on Lormere and Tregellan, the net closes in on the ragged band of rebels trying desperately to defeat him. Twylla and Errin are separated, isolated, and running out of time. The final battle is coming, and Aurek will stop at nothing to keep the throne forever… Explosive, rich and darkly addictive, this is the stunning conclusion to Mel Salisbury’s internationally best-selling trilogy that began with THE SIN EATER’S DAUGHTER

Available at all good book shops or online at: Amazon, Scholastic, Book Depository, Waterstones and Wordery.

Wanna see some of the other mood boards?! Check out the rest of the blog tour!