Today I have the utter pleasure of hosting the author of Orphan, Monster, Spy on my blog: Matt Killeen! He’s here today to talk to you about one of his female heroes! The rest of the blog tour has been fascinating and I have loved reading all of Matt’s other posts! When this one arrived in my inbox I was very excited to read it! 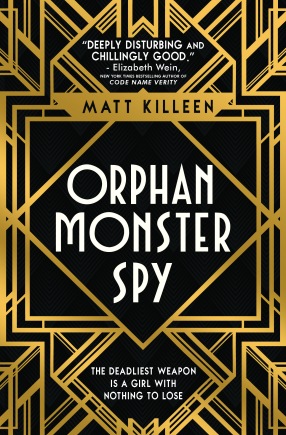 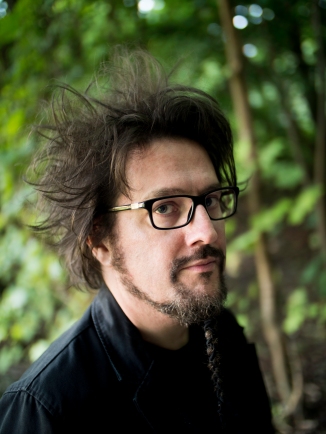 I hand you over to Matt’s words now…

Some visionaries are so ahead of their time that they can seem laughable, even insane. One such man was Charles Babbage. In 1822, he designed a sophisticated calculating machine that promised to change the world but just could not get his crap together. So intricate was Babbage’s Difference Engine that it was forever unfinished, exhausting the pockets and patience of the British Government and London society that once fêted him, even as he dreamed of the Analytical Engine which was, basically, the first programmable computer.

People like this need an early adopter. There was one person that truly understood him, and his inventions and she was also a visionary. She went far beyond the cogs and gears of the physical and predicted the entire information technology age.

Ada Gordon was born the daughter of “mad, bad & dangerous to know” poet Lord Byron and maths geek Annabella Milbanke, after a whirlwind and disastrous marriage of science and the arts. With a childhood designed to mitigate any of her father’s “poetical” or chaotic tendencies that bordered on abusive, she inherited her mother’s love of logic and mathematics, but also more than a little of his imagination.

She was fascinated from an early age by machines and mechanics and the numbers behind them, which is why, at 18 years old, she ended up at a party where her mentor Mary Somerville introduced her to Babbage. Babbage’s machines were so complex that few people could even understand the basic principles, let alone see what their application might mean, so they became firm friends and collaborators. For Babbage it was all about the numbers, but it didn’t take Ada long to swap those numbers for broader more metaphysical concepts. What she saw was a world where machines could be told to think. Make decisions. Write and perform music.

The scale of her contribution is hotly debated. It is widely believed that she wrote the very first computer programme, and certainly she perfected it. Her work directly influenced Alan Turing, whose work helped define the information age, although she didn’t believe in conscious machines or computers that could create, a contention that it took Turing 107 years to rebut. Seven decades later we’re still arguing about what that might mean. Indisputably, she was a prophet. She saw the future and she described it. How it would work. What it would do.

Her wealth and privilege allowed her to study with some great minds and to promote Babbage’s ideas, but this was no substitute for real academic rigour and research. One can only guess at what her brain would have created had she been born in a different era, of equal educational opportunities and longer lives.

And she was not without her vices…she was Lord Byron’s daughter after all. She had a string of affairs and sexual encounters, as well as a serious gambling problem and it was the latter that highlighted her limits – it transpired that she did in fact have some. She simply refused to believe there wasn’t a mathematical solution for effective betting on the horses. In pursuing finances for Babbage’s work, she became mired in financial scandal, losing a fortune of her syndicate’s money and then chasing her losses. She was bemused and frustrated by her inability to unravel this Gordian knot, when so many other mathematical mysteries uncoiled themselves effortlessly in her brain. It was an ignominious and uncharacteristically unsuccessful end, coming as it did just a year before she died of cancer at just 36.

Admittedly, I can’t think of Augusta Ada King-Noel, Countess of Lovelace without thinking of Sydney Padua’s The Thrilling Adventures of Lovelace and Babbage. This glorious fictionalised account of her work, culminates in them using the completed analytical engine to fight crime for Queen Victoria in an alternative timeline. It always felt like the future she should have had, rather than the hobbled, overlooked and all-too short time on an Earth that would come to depend on the things that she envisioned.

Check out the rest of the blog tour – there’s some amazing bloggers and some brilliant blog posts to read too! My review is coming soon too, so keep an eye out for that! 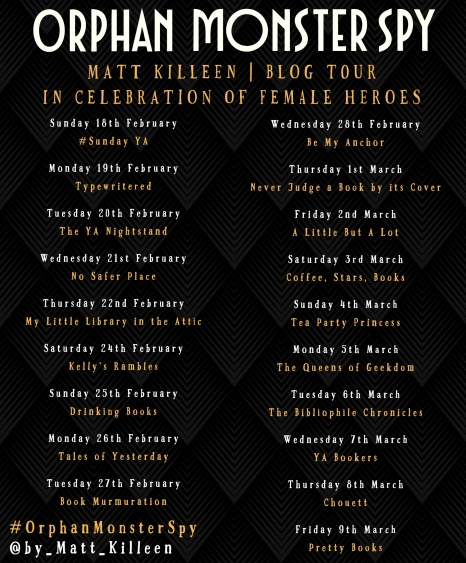