Sky Song: a heart-warming, magical adventure in the heart of the Arctic. 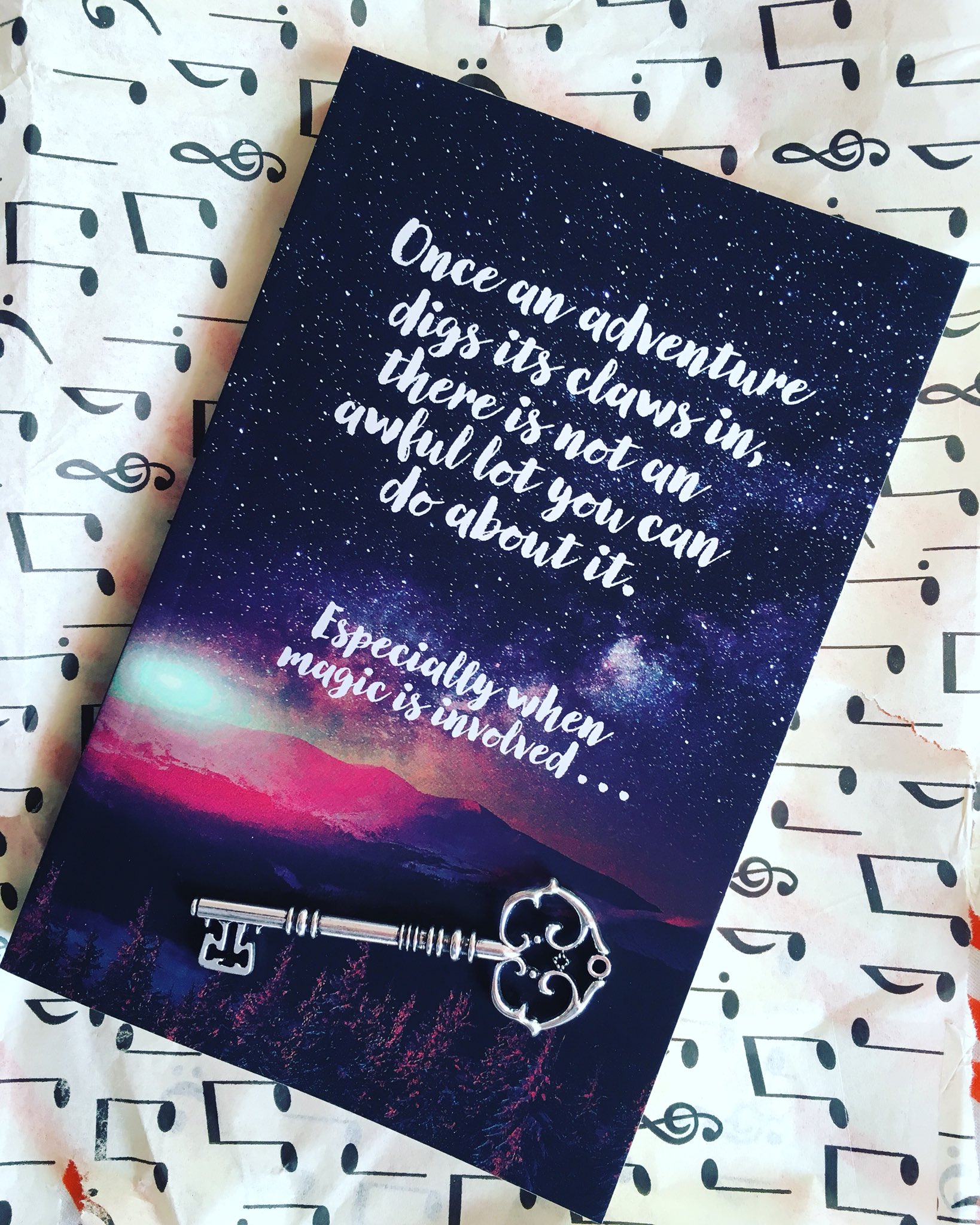 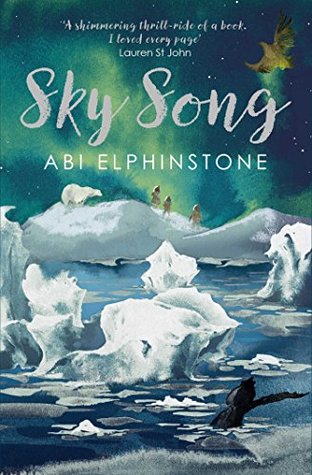 “‘Once an adventure digs its claws in, there is not an awful lot you can do about it. Especially when magic is involved . . .’
In the snowy kingdom of Erkenwald, whales glide between icebergs, wolves hunt on the tundra and polar bears roam the glaciers. But the people of this land aren’t so easy to find. Because Erkenwald is ruled by a cruel Ice Queen and you must stay hidden or risk becoming another of her prisoners. Join Eska, a girl who breaks free from a cursed music box, and Flint, a boy whose inventions could change the fate of Erkenwald forever, as they journey together in search of an ancient, almost forgotten, song with the power to force the Ice Queen back. This is a story about an eagle huntress, an inventor and an organ made of icicles. But it is also a story about belonging, even at the very edges of our world . . .”

I was very lucky to be sent a signed proof of this book from the publishers and when I realised what it was I QUICKLY consumed it.

It’s magical.
It’s brilliant.
It is story telling at its very finest.
It’s exceptional.
It’s beautiful.
It knocked my socks off with how good it was.
(I don’t have enough sentences to tell you how good it is!)

Sky Song tells the story of Eska and Flint, a pair of children who are brought together as part of an exceptional adventure to save their own lives, the lives of people from the evil Ice Queen. Eska is a brave and bold young lady, who ends up captured in a music box where she refuses to give in to the queen, and Flint is the inventive young man who, by accident, comes along and changes the course of Eska’s life forever. I really loved them individually and as friends they are just gorgeous. Their friendship was part of the beauty of this book. Abi writes friendships incredibly and this book just shows that. They also adventure with Blu, Flint’s little sister, an adorable character! A massive shout out to the animal characters in this book.

Abi’s world building in this ice-cold land is absolutely incredible. I felt like I was there. It’s a book you can get lost in. You will be in that land. You’ll feel part of the adventure with them. You’ll not be able to put it down. Whether it’s the freezing cold mountains, the incredible Ice Queen’s castle, Eska’s music box prison or the open lands of Erkenwald, you’ll be there.

Throw all of this incredible scenery with magic, peril and friendship, with legends and tales intertwined you have the most exceptional tale. I can not recommend this book enough. I just adored it. I can’t wait to give it to the kids at school to explore and discover this incredible themselves. It will be a total hit.

IT HAS SPRAYED EDGES TOO GUYS. *heart eyes*

A massive congratulations to Abi for having Sky Song as Waterstones Book of the Month for January too! That’s amazing!

My goodreads review:
“This is a story filled with snow, magic, adventure, friendship, finding yourself, your clan and a whole load of hope and courage. I just adored this. Abi has an incredible way of ensuring you get lost in her world, but always feel looked after. I just adored it.

Have you read Sky Song?
Would you manage in an arctic adventure?
If you had to have an animal companion, which animal would you choose?