I’ve been working on expanded noun phrases with my Year 4s recently and the CT noticed that one of the dips they have in their independent writing is their setting descriptions lack detail. I decided we would use some visual stimulus from Once Upon A Picture to add some sparkle to their writing. We talked about the pictures before I asked them to do some writing and I am SO PROUD of the results.

We used these 3 pictures and children could write about 1 of them.

Most of the children chose to write about the cyclone picture, but a few of them chose the other two. 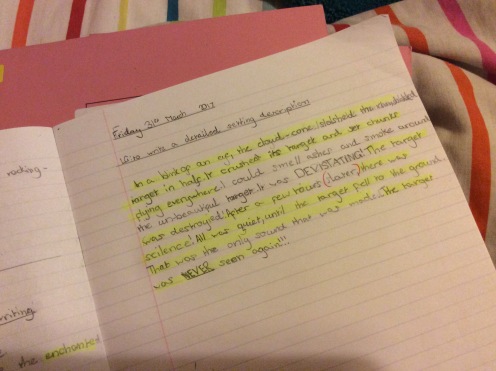 “In  a blink of an eye, the cloud-cone slashed its target in half.”
“The target was destroyed! After a few hours there was silence! All was quiet until the target fell to the ground. That was the only sound that was made” 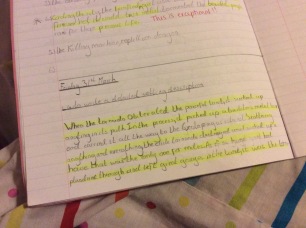 “When the tornado obliterated the peaceful land, it sucked up anything in its path”
“A road where cars had once driven was now turned upside down”
“Now, it was a building graveyard”

“The giant powerful cyclone swallowed up the towering house like it was a bug being squashed!”
“…wooden dolls were being thrown about in the air like they were toy dolls.” 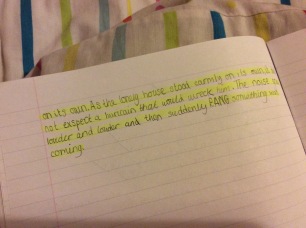 “As the wind blew harder the sky got darker the bright sun disappeared from the sky.”
“As the long green grass swooshed side by side, the lonely house stood on its own.” 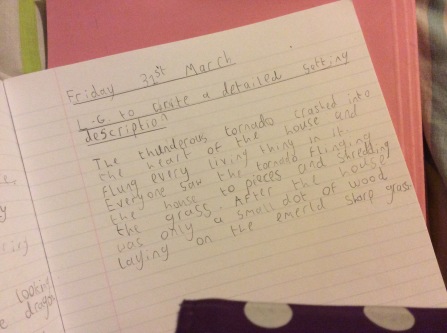 This was just a tiny snippet of the incredible work that the children produced. As a proud teacher I can’t wait to see what else they can produce! Happy weekend!